Tribute to the architecture · 2015 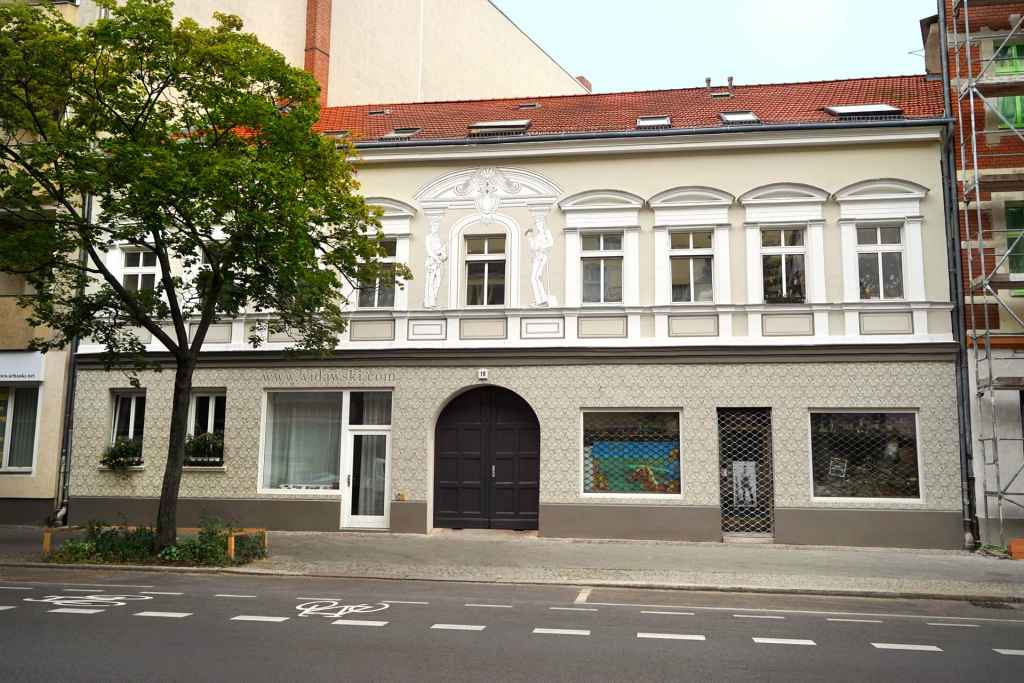 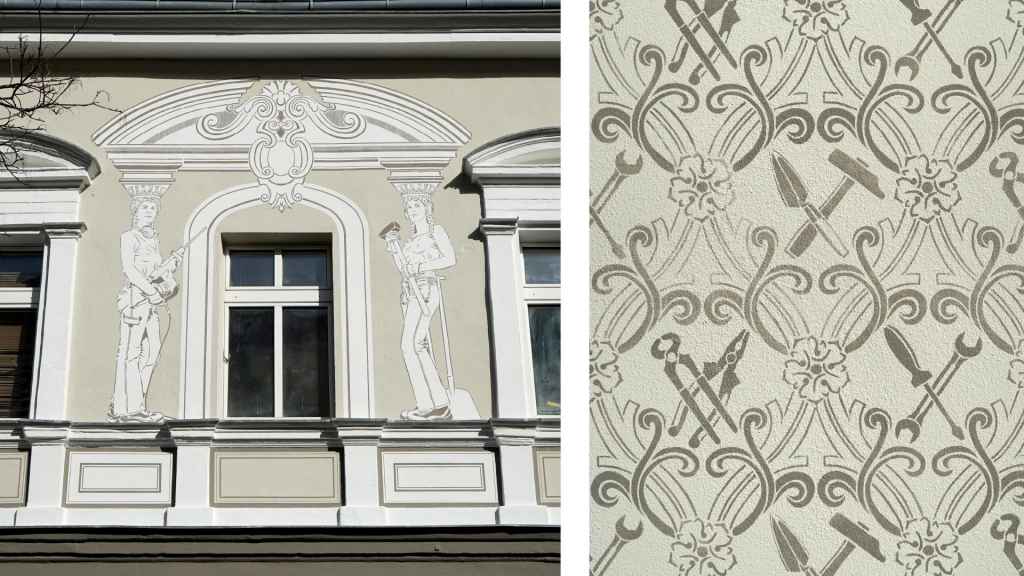 Tribute to the Architecture

As I moved into my new studio at Drontheimer street 19 an opportunity arose to reflect artistically upon the condition, in which the facade of the building appeared at the time. The destroyed central gable I replaced with a painted pediment. Carried by two caryatids the central entry way was thus crowned by a grand portal. This change causes harmony while at the same time evokes irritation: The upper floor with its stucco moldings seems to gain back its former holistic unity, but with the additional decoration it also renders the building into the nostalgic looks of a villa, which now feels somehow misplaced into a working class neighborhood.
Both caryatids – instead of wearing their classic garments - are dressed in rough carpenter’s apparel, carrying sledgehammers and hammer drills, quoting from antique architecture with a wink in their eyes.
The ornamental design at the lower section of the facade also asks the viewer for a second look. Pairs of pliers, hammers, trowels, screw drivers and wrenches are hidden among floral arabesques.
Worth noticing for me was, that, while creating the artwork on the facade, especially the ornamental parts of the lower section were met with great appreciation and respect by the mostly Muslim and Arabic influenced neighborhood.