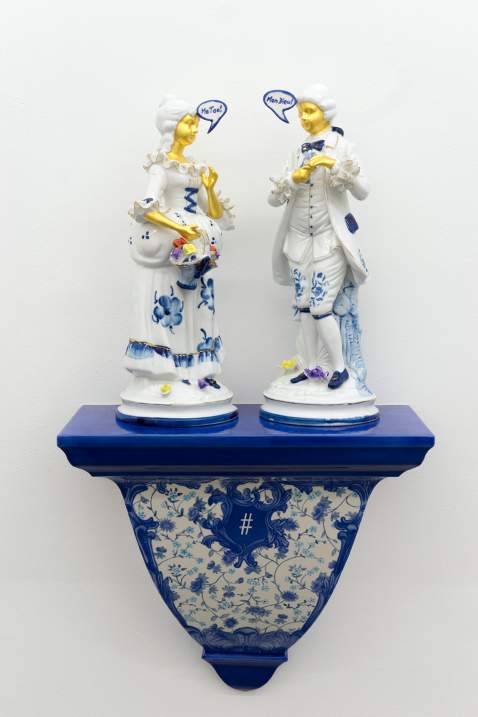 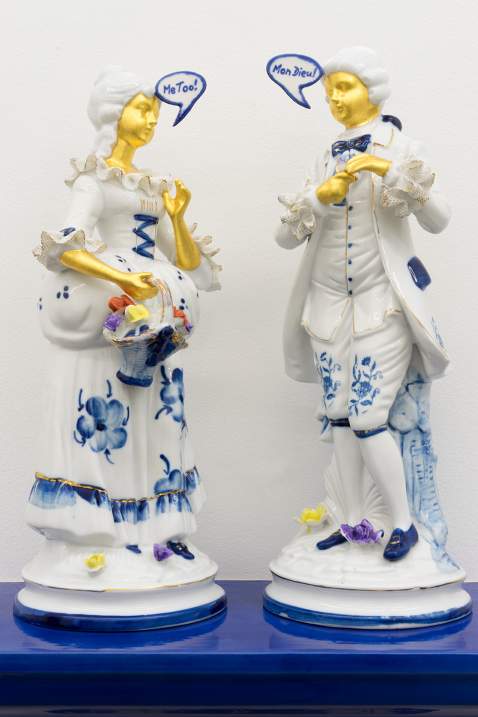 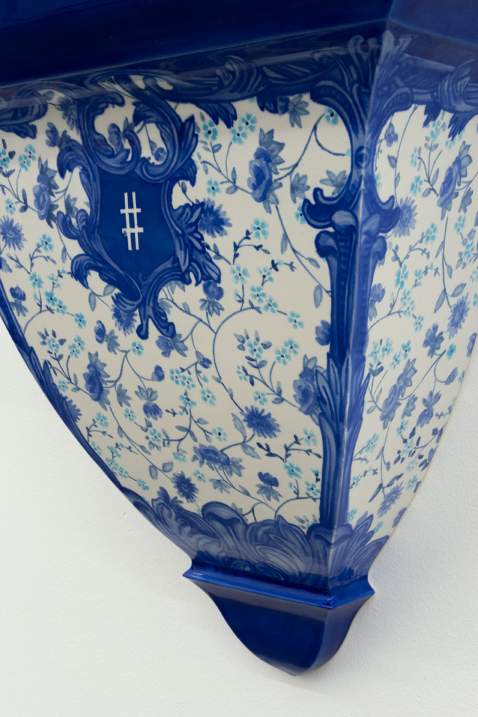 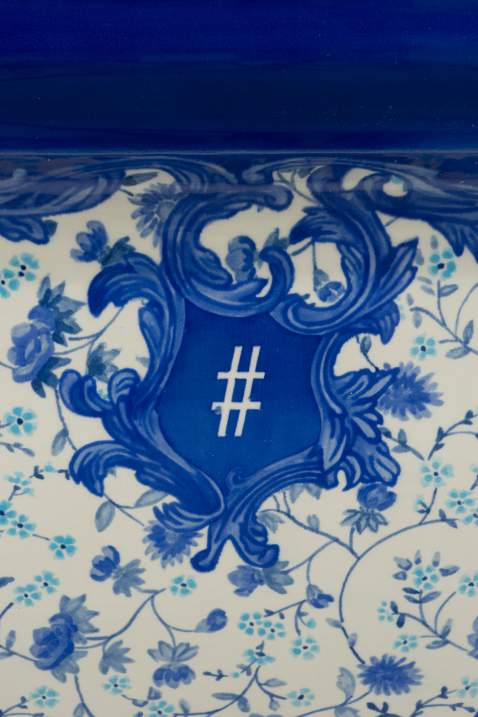 The rococo porcelain figures take us back to the time of the incipient Enlightenment and the first sexual revolution, in which society freed itself from the bondage of Christian morality. In the higher circles of society, women tried to pull on the corset of male guardianship and for the time being began to influence political events secretly as artists, mistresses and partners in the patriarchal system. Noble and educated ladies increasingly became the focus of public attention, as did their salons, which soon became the point of attraction for the intellectual elite of the enlightened bourgeoisie of the time.

When it comes to sparking a revolution, in the digital age this does not take place in back rooms of elite salons, but publicly in the form of hashtag tweets in social networks. The #MeToo debate, also initiated by icons of our time, draws attention to structural violence and abuse of power by a patriarchy that is still overpowering, especially in the media and art world, by publicly denouncing the forced sexual act.

Back to the porcelain pair. Anyone familiar with the symbolic language of historical porcelain decoration figures will be confronted with another aspect: If a madame is carrying a flower basket and Monsieur is holding a flower in his hand, we learn all too intimate details about the defloration of the beautiful lady. Mon Dieu!