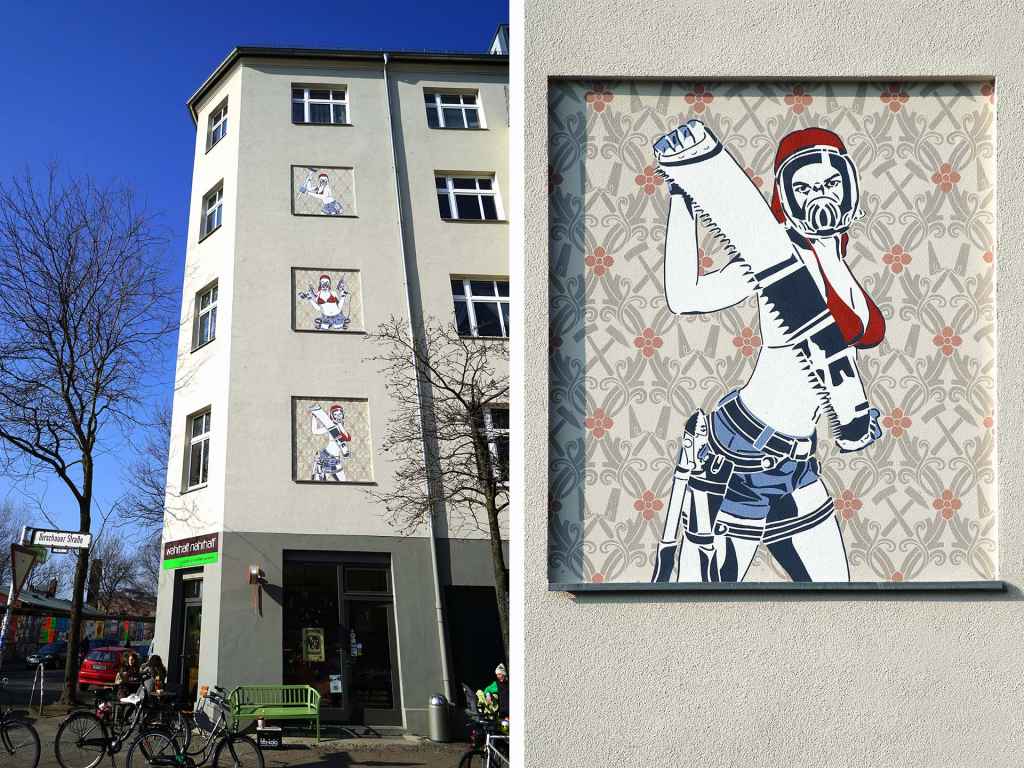 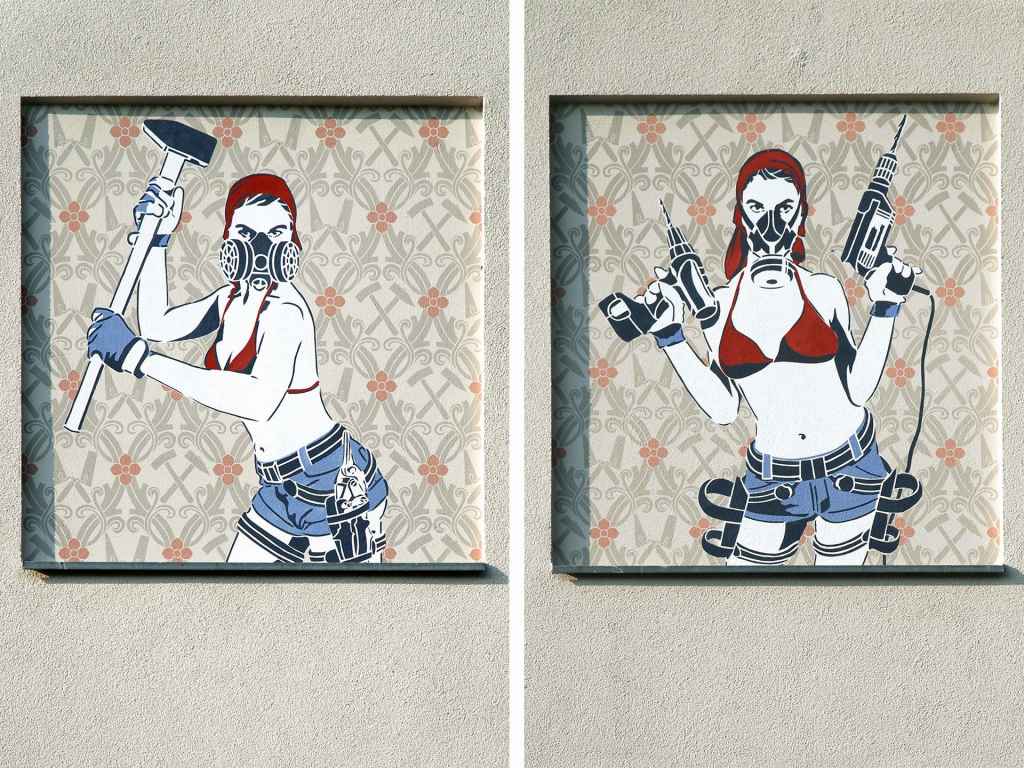 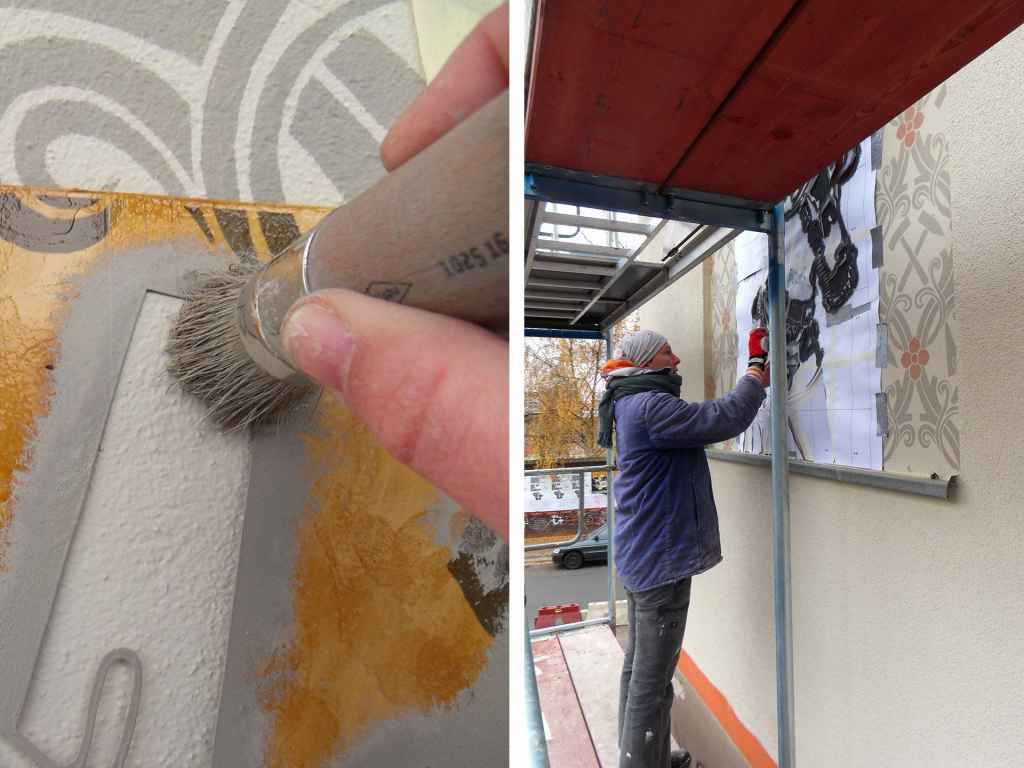 Die Drei vom Bau [The three from the building site]

During a restoration effort, the building owner requested an artistic take on bricked-up window openings. My facade pieces are humorous and provocative reactions on the graffiti and street art scene of Berlin Friedrichshain, and the unstoppable construction boom of the city.

Based on a building owner’s remark “construction is sexy”, which I took literally, I created a proposal featuring three pin-up girls similar to those found in promotional calendars of name-brand hardware stores. Lightly dressed women pretending to do hard construction labor are portrayed with sweat running off their foreheads.

The background is dominated by a pattern reminiscent to wallpaper designs of Wilhelminian time period, when women fulfilled their middle class role as housewives behind the stove. The typical floral harmony within the diamond shaped patterns is disturbed by brick trowels replacing leaves and flowerheads.

The format of a triptych sends its own ambivalent messages: Is this a reduction of women to sheer sex symbols? Or do all three construction site girls depicted in a Lara-Croft style symbolize the last step of emancipation?

Can it even be considered emancipation when women are turned into fighting machines? Or are we instead looking at three strong female characters rendered in the style of “Socialist Realism”, who seek to challenge common gender clichés within our society and within the male dominated construction industry in humorously ironic ways. Are we in the end experiencing a self-portrait of the artist herself?