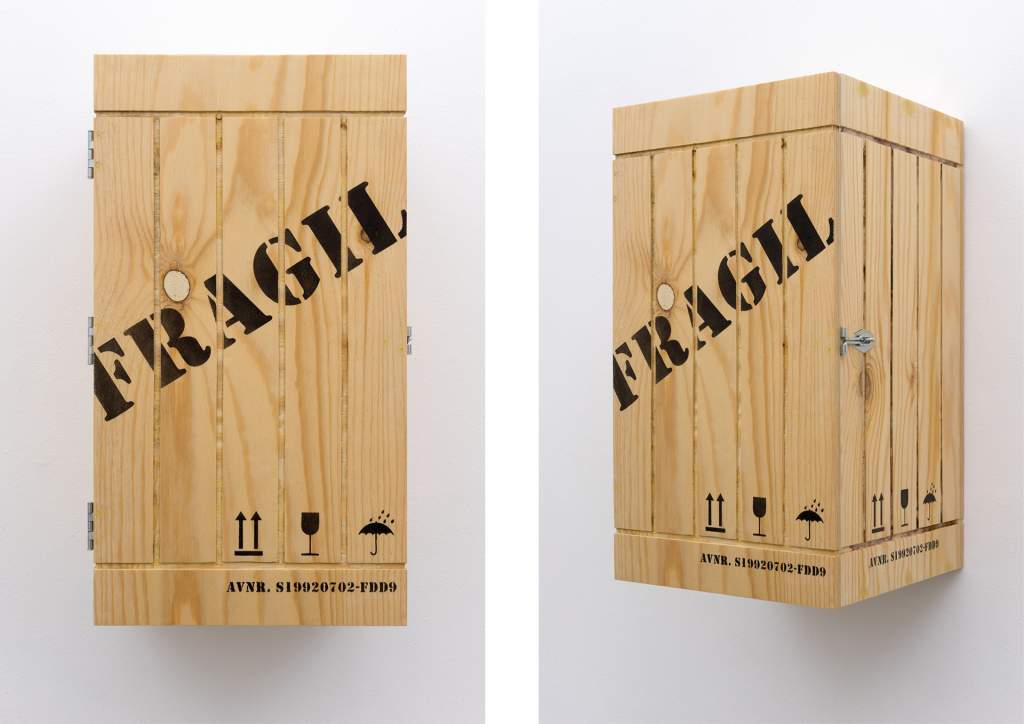 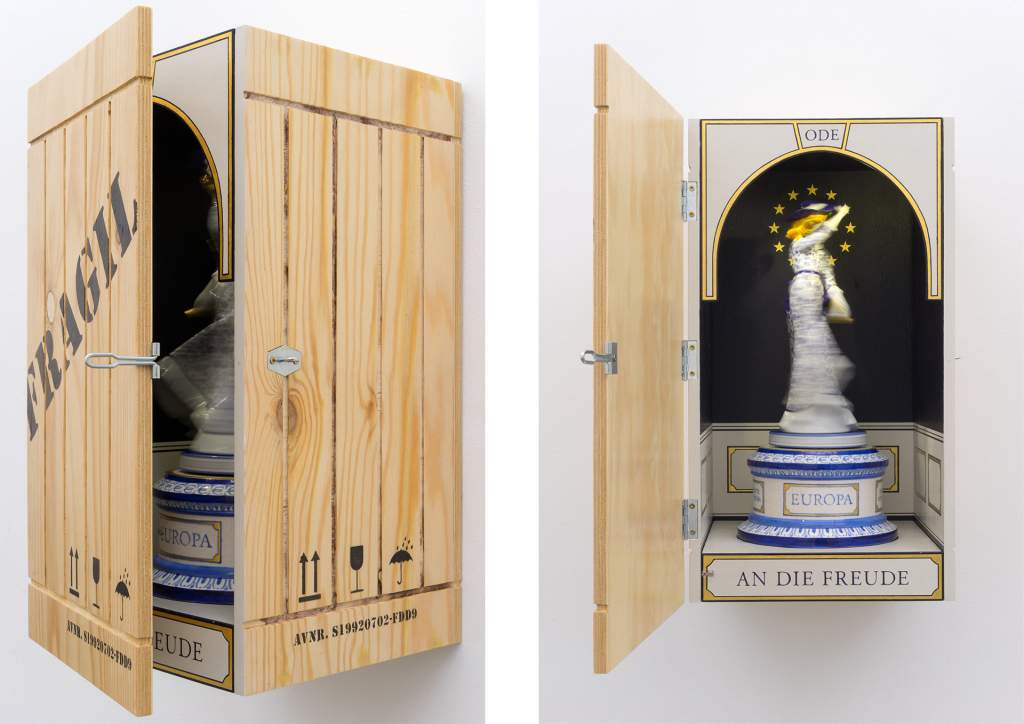 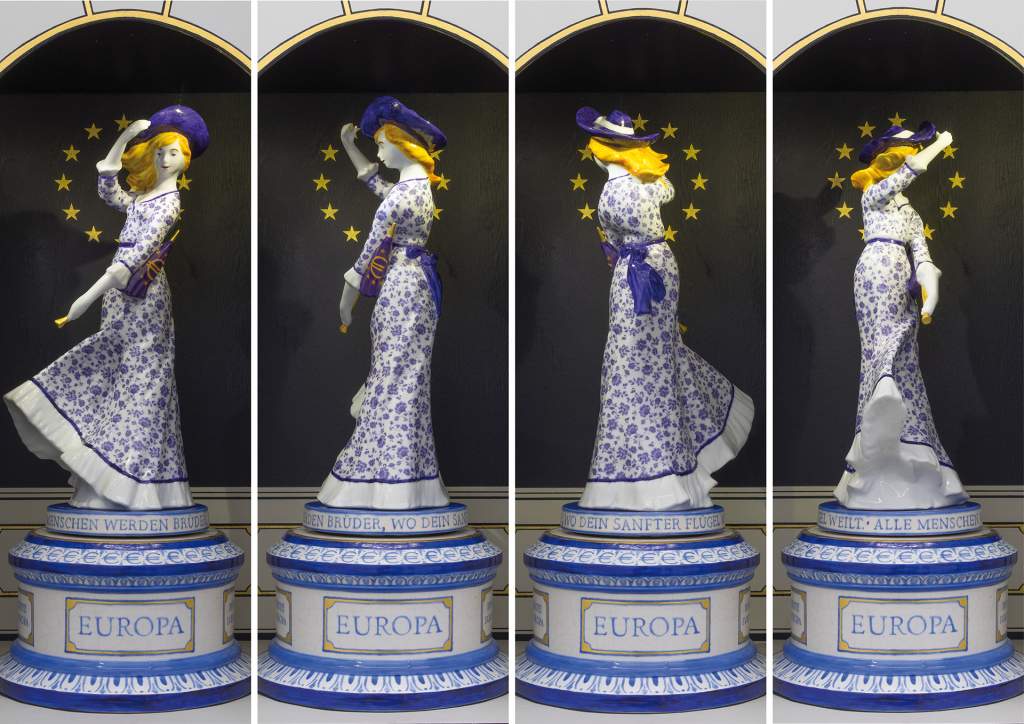 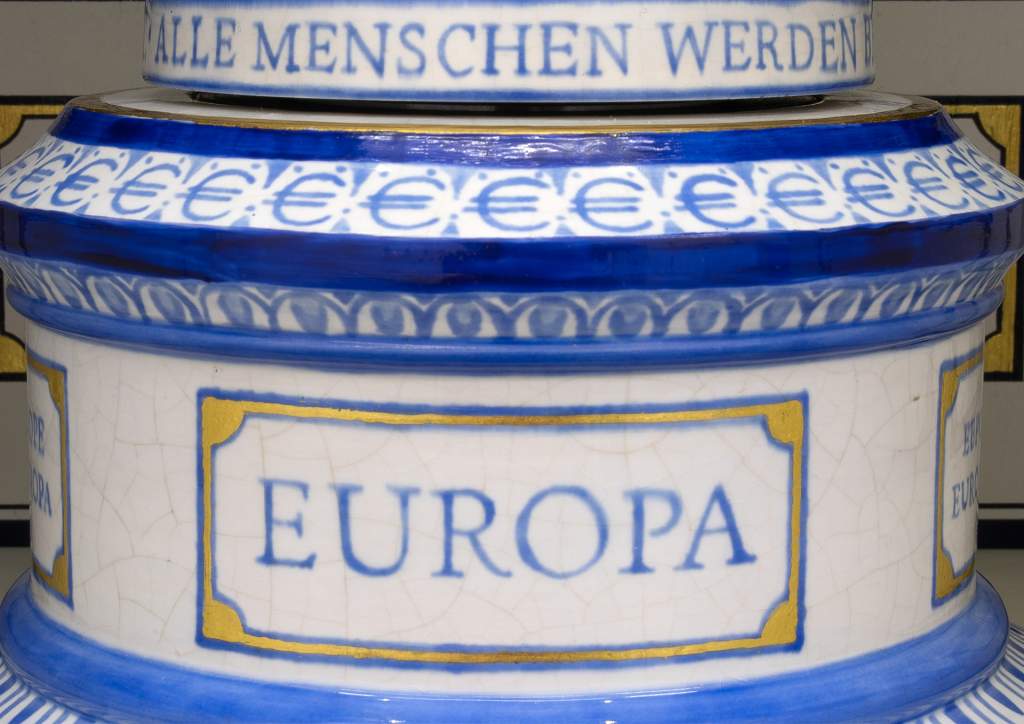 Joy, thou beauteous godly lightning,
Daughter of Elysium,
Fire drunken we are ent’ring Heavenly,
thy holy home!
Thy enchantments bind together,
What did custom stern divide,
Every man becomes a brother,
Where thy gentle wings abide.

In 1785, Friedrich Schiller wrote the poem "An die Freude" (To Joy), which speaks with much pathos of an ideal society of equal people, united by a bond of joy and friendship. Following the euphoria of this vision, Ludwig van Beethoven set Schiller's poem to music in the 9th Symphony/Ode to Joy, which became the European anthem in 1955 as a pure instrumental arrangement. The values of peace, freedom and solidarity, however, which Schiller's poem conveys, become the declaration of the European Union.

We see a wooden box with the inscription "Fragile". Is it a transport box or an archive box from a museum? What is inside the box?

In contrast to the exterior, the interior dazzles in over-the-top kitsch. Childlike joy arises when opening the box. A music box with the opening chords of Beethoven's symphony, accompanied by the loud hum of gears, sounds and an imposingly painted (Biedermeier) porcelain figure with a Europe parasol turns in a circle. She stands on a ceramic console on which is immortalized - branded in all languages of the European Union -EUROPA- to read and at the foot of the "Europe goddess", an excerpt from Schiller's poem: "...Every man becomes a brother,
Where thy gentle wings abide...". It is one of the poems, which Schiller himself already in his lifetime felt to be averted from reality, in other words as kitsch.

Will the vision of Europe, the commitment to peace, freedom and solidarity stand up to a reality check or will it end up as kitsch in an archive box in a museum?