Porcelain busts on a handmade and glazed ceramic console,
all consoles with barrel organ (each with the same melody: «For Elise» by Ludwig van Beethoven)
Porcelain busts: applied with a ceramic eye-beam and painted over with porcelain cold colours, gilded with 24 carat gold leaf 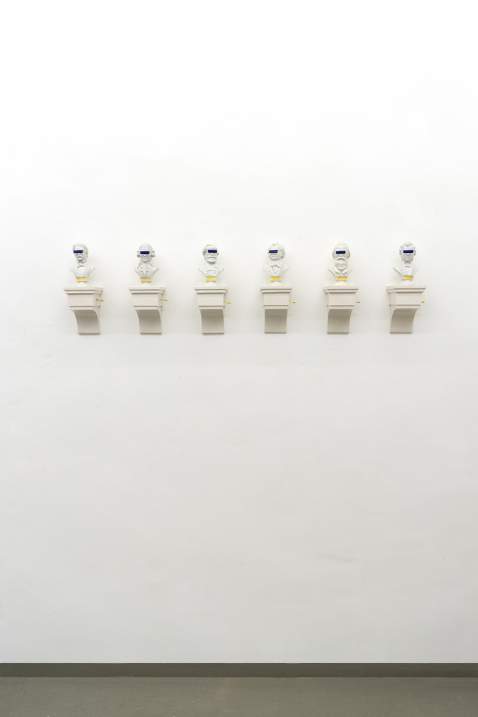 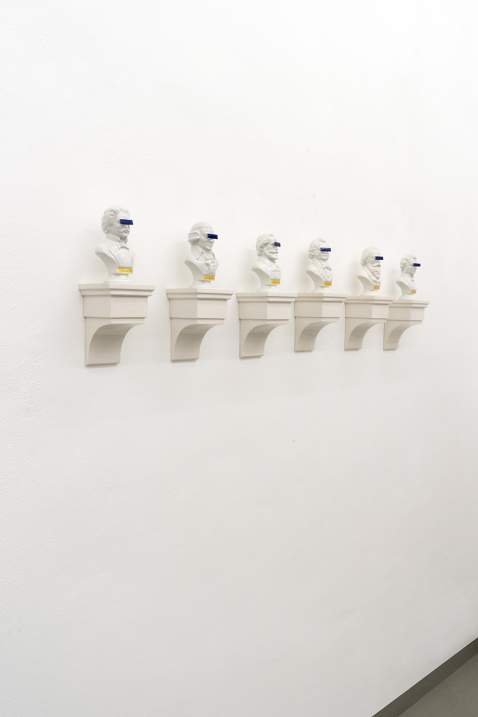 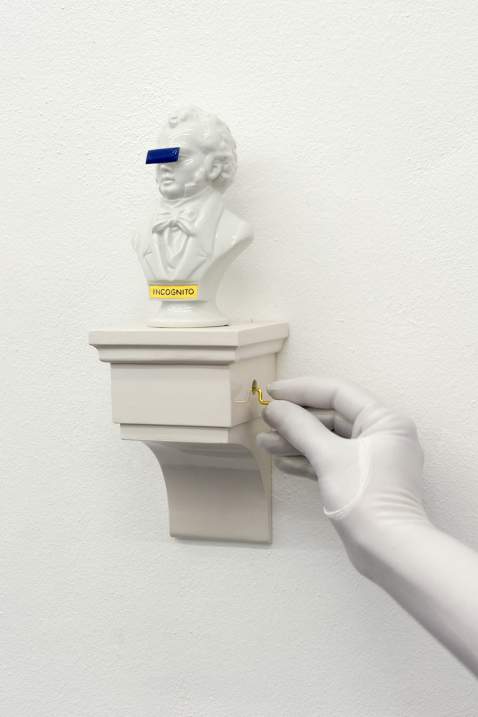 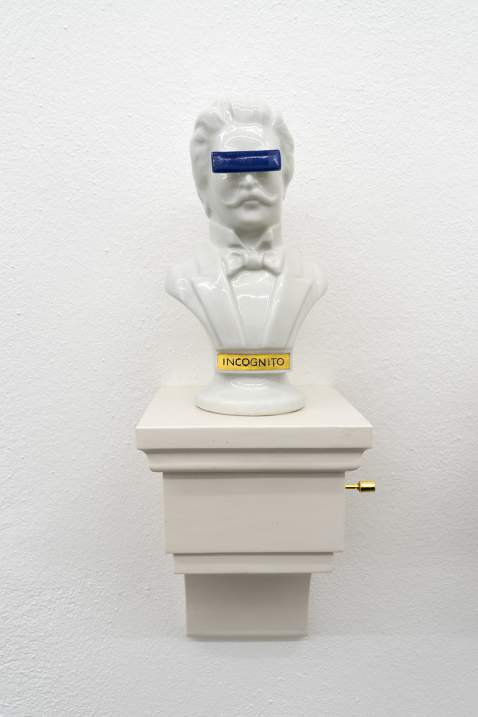 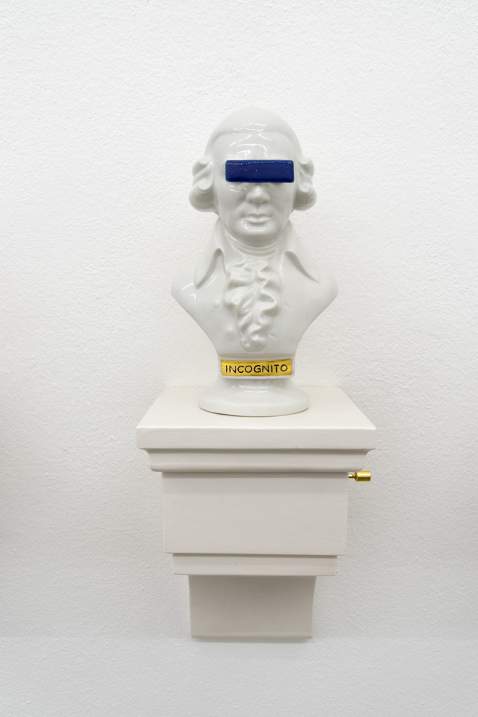 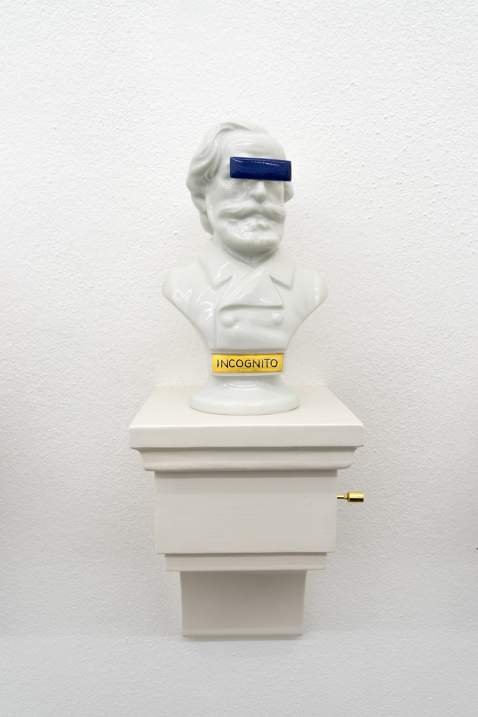 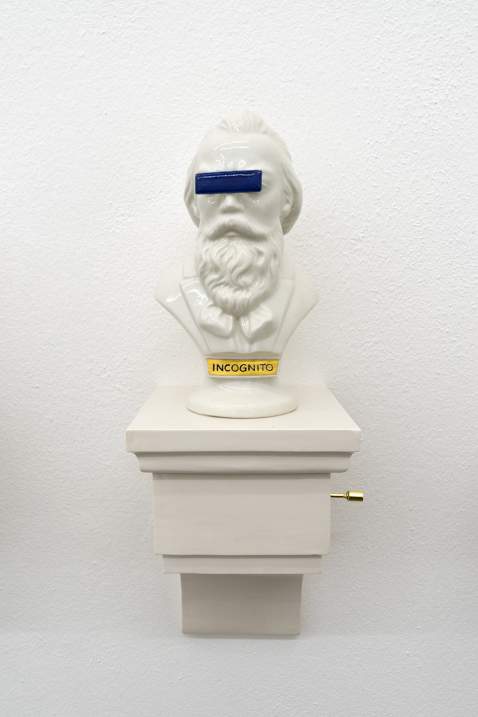 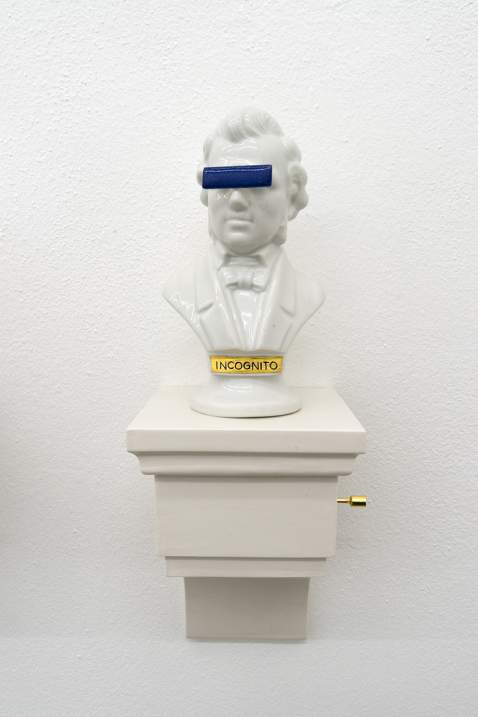 TRIBUTE TO BEETHOVEN and ELISE, SHUT UP!
Sculpture, music and video art for the Beethoven Year 2020

It is certainly not only thanks to the royalty-free use that «Für Elise» by Beethoven is one of the most popular piano pieces of classical music. This melody is so perfectly arranged in harmony and beauty that even software composed according to algorithms could not have created it better. These two components, royalty-free use and the harmonic beauty of the melody, led to the irreverent commercialization up to the point where the piece became independent without the author's name being mentioned.

We see 6 busts of different composers on finely crafted ceramic consoles (including Brahms, Schubert and others, but no Beethoven), in whose built-in music boxes only «For Elise» is played. The composers are anonymized with a ceramic bar in front of their eyes, the inscription of the busts with «incognito» does not allow any information about the persons depicted. And that is not all. The independence of the melody is taken to the extreme. The sculptures became the instrument/sounding body in a new piano piece by Andreas Staffel entitled «Elise, shut up!»

From the fusion of the different arts a musical video artwork is in the making, which will be released here soon. 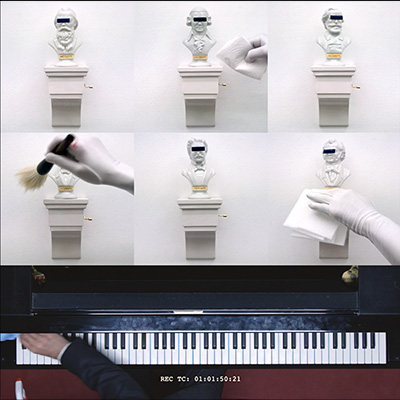